← more from
Three One G 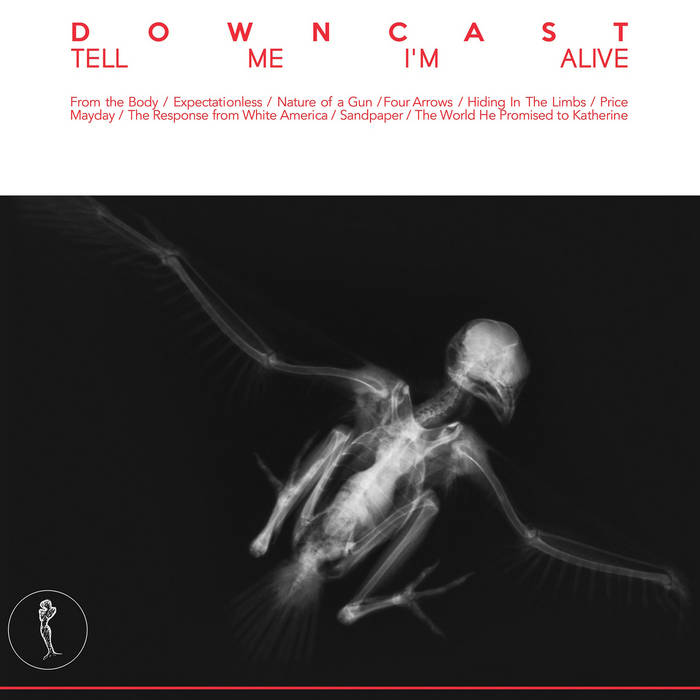 There was a moment in the evolution of California punk and hardcore when the music took a hard turn toward politics and DIY ethics. In the middle of this moment, the California band Downcast put out a few records, played almost 200 shows over four years with legendary bands like Born Against and Rorschach, and then was gone. Live, when everything connected, they left audiences standing quietly, sometimes crying. Legendary hardcore label Ebullition Records, closely connected to Downcast’s sound and a heavy influence on their ethical stance, went on over the following twenty years to produce a catalog that still defines this strain of the hardcore music scene. After Downcast broke up, the various members went on to form Not For The Lack of Trying, Jara, and Born & Raised. Now, the band, comprised of Kevin Doss, Greg Doss, Brent Stephens, and Sean Sellers is picking up where they left off. This time around, Ebullition Records teams up with the pioneering noise label Three One G. There’s a good reason for this pairing; these are all the same people who came of age in the resistant, political, determined hardcore music of the nineties.

Tell Me I’m Alive as recorded and mixed by Ryan Greene at Crush Recording. Mastered at Oasis Mastering. It will be released on vinyl and digitally via Three One G Records/Ebullition Records on February 21, 2020.

On this new record, their first in 25 years, Downcast offers a set that reflects that pivotal moment from years ago. Some of these songs, like “Sandpaper” and “Price”, were left unrecorded and you can hear where the band was going in their final days, laying wrenching emotion on top of dissonance and big chords. These songs still pull their weight. The new music builds from this foundation. “Four Arrows” draws listeners into the myth of California, and its present-day connections to the state’s violent beginnings. “Hiding in the Limbs” faces down the CEOs of today’s big gun manufacturers, placing them all at the scene of every mass shooting. On the track “The Response from White America”, the band summons the real voices of African American mothers and fathers who plead with white people to care about the violence inflicted on their children. The last song of the album, “The World He Promised to Katherine”, about a terrible personal tragedy, aspires to the kind of catharsis that the band achieved in their live sets. This isn’t light music. Downcast gets its weight from its style and its substance. As both activism and hatred rise again and a new generation faces menacing uncertainties, this is exactly the weight that the current cultural moment requires.

Bandcamp Daily  your guide to the world of Bandcamp

Featuring Oakland sounds from the Smart Bomb collective and Samplelov.